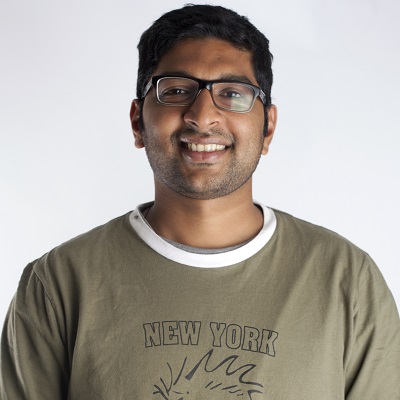 Imagine a world where a small finger prick can get fatally infected or an elective caesarean surgical wound fails to heal at all. One may immediately connect this with the pre-antibiotic era though some experts have warned this could be the not too distant future too.

“It is not difficult to make microbes resistant to penicillin in the laboratory by exposing them to concentrations not sufficient to kill them, and the same thing has occasionally happened in the body.” These were the words of Alexander Fleming when he delivered the Nobel Lecture on 11 December 1945. The man who discovered Penicillin to usher in the antibiotic era in 1928 was also the first to warn us of things to come.

Antibiotic Resistance happens when bacteria change to protect themselves from an antibiotic. It’s another daily microscopic living example of Darwin’s theory of natural selection at play and has been recognised by the global community as the biggest public health problem facing us today, the effects of which are already evident in our day to day lives. Your doctor will be able to give you several examples of patients not responding to traditional antibiotics –  or, maybe you have already seen this happen to a loved one where antibiotics prescribed for a seemingly innocuous condition just don’t work, compelling the use of expensive, stronger and more toxic ones.

That antibiotic resistance would someday deplete our arsenal against bacteria was predicted; the speed at which it would happen was not… All of us have a part had a part to play in this; medical practitioners and pharmacists who prescribe more quantities and types of antibiotics than what is required; and for most diarrhoeas and common colds where it is not (which are caused by viruses where antibiotics have zero effect).

Part of the challenge also lies in the lack of diagnostic tools for health care providers to supplement their clinical skills and better differentiate bacterial from viral infections. This makes such tools vital in order to make informed treatment decisions and calls for more research in this area.

Also, in countries like India, banning over the counter use of antibiotics without prescription doesn’t seem to be the answer, as this is how the poorest of the poor have access to life-saving essential medicines. What we do need are stronger antibiotic stewardship programs where antibiotics are recognised as the precious resource that they are and used judiciously.

Making sure all our children receive vaccines such as the one against Pneumococcus, a common cause of childhood pneumonia by including it in the national immunisation schedule may also go a long way in decreasing unnecessary antibiotic use.

A significant proportion of the demand for antibiotics comes from use in animals and addressing this by raising awareness and appropriate legislation is also pivotal to protecting our antibiotics.

Since 1970, only five new classes of antibiotics have been discovered, 2 of which are limited to topical use. Increased investment in research for the development of new antibiotics is part of the longer-term plan that has to be initiated now.

And what can the public do? Only use antibiotics when prescribed by a certified health professional, while never demanding for antibiotics if your health worker says you don’t need them. Prevent infections by regularly washing your hands, handling food in a safe/clean manner, avoiding close contact with sick people, practising safer sex & keeping vaccinations up to date.

Is it all dark days ahead? Not at all! While the task is daunting, it is definitely achievable but would require all sections of society to join hands together… After washing your hands of course!

From January-October 2017, MSF worked on febrile illnesses and antibiotic resistance in Asansol, West Bengal, in collaboration with the Ministry of Health. Due to the emergence of antibiotic resistance as a pressing global health problem, especially in India, our team also worked to explore ways to help healthcare providers in the district to ensure rational prescription of antibiotics.

At the beginning of 2018, the project was handed over to the Ministry of Health, West Bengal.

Antibiotic Resistance: Treating resistant infections in Gaza under the blockade