Cholera broke out in Yemen in April 2017. Since then, more than 860,000 suspected cholera cases have been reported in the country by the WHO and health authorities in Yemen. This represents one of the worst outbreaks globally in recent memory.

Since the beginning of the outbreak, Doctors Without Borders / Médecins Sans Frontières (MSF) teams have treated more than 105,000 patients across the country. We spoke to a few Indians who were part of MSF’s emergency response to understand how they fought the outbreak. 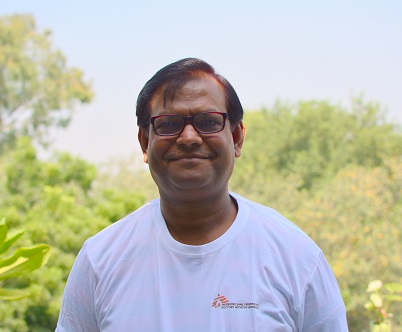 Ajoy has worked in cholera outbreaks before – including in Ethiopia in 2009, and Nigeria in 2010. He was also in Yemen in late 2016, during the first wave of the epidemic. But he hadn’t witnessed anything of the magnitude of the current outbreak. “It was extraordinary,” he remembers. “This was one of the biggest anywhere in the world.”

The 54-year-old water and sanitation professional – or watsan, as they are called in MSF – from Kolkata spent two months in Yemen’s Hajjah governorate, where MSF had set up two cholera treatment centres (CTCs). During the peak of the outbreak, both centres saw hundreds of patients arrive every week.

Cholera is a water-borne disease, so water and sanitation activities are key to tackling an outbreak. Watsan professionals work behind the scenes to protect patients, caretakers and staff and reduce chances of the infection spreading. They install handwashing points and toilets at the treatment centre, clean and disinfect all contaminated surfaces, manage medical waste and promote hygiene and handwashing practices. Ajoy supervised and led MSF’s water and sanitation activities in Hajjah.

This isn’t what he has always done, however. After training as a geologist, Ajoy spent the better part of a decade in jobs that were “totally scientific”. From carrying out geological surveys to determine the location of a potential borewell, he became interested in people who would use the water, and in raising their awareness about water usage. He hasn’t looked back since.

It is hard work, and its fruits aren’t always immediately visible. But in Yemen, he drew satisfaction from the fact that the number of admissions reduced nearly fourfold by the end of his stint there. “That means our intervention was meaningful, and our efforts contributed somewhere to saving lives,” he observes.

Ajoy is now in Bangladesh, providing water and sanitation support in overcrowded refugee camps where Rohingyas from Myanmar have arrived in the hundreds of thousands since August. 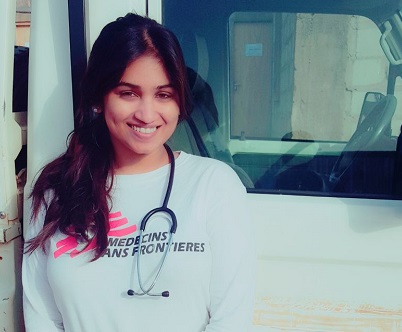 Since joining MSF in 2013, the CMC Vellore graduate has worked in difficult places such as Ethiopia and Nigeria on issues ranging from tuberculosis to malnutrition. Yemen, however, was her first experience of treating cholera.

Shiny was based in Ibb, a densely populated region in southwest Yemen, where she spent two months with an MSF emergency team at a cholera treatment centre. “Cholera causes profuse diarrhoea and vomiting, and the intense dehydration can lead to death as well,” she explains. Treatment for cholera, therefore, consists primarily of rehydration – oral, and intravenous for the most critical patients.

MSF had set up a 100-bed CTC in Ibb, and there were days when the number of beds didn’t seem enough. “Many times, the patients would come from the same village or the same family. So the caretakers of patients were often infected as well,” Shiny says, to explain the severity of the outbreak.

Each assignment has brought with it a share of learnings for Shiny, and Yemen was no different. “I learnt to manage a lot of complications of cholera,” she says. “I also realised how important it is to have a health education programme – and not just medicines – to combat cholera.”

Shiny had heard about the kindness of Yemeni people, but she never thought she would encounter it in a hospital, in the middle of an outbreak, from her patients no less. She’ll also remember the resilience of her Yemeni colleagues, which shone through the darkness of war and disease. Many of them had been displaced by the war from other parts of the country, but went about their work with determination. “They had gone through traumatic experiences, but you would never suspect it by talking to them or working alongside them every day,” she recollects. “Their motivation was infectious.”

Shiny is now back at home in Vijaywada, but hopes to leave soon for another challenging assignment in Syria. 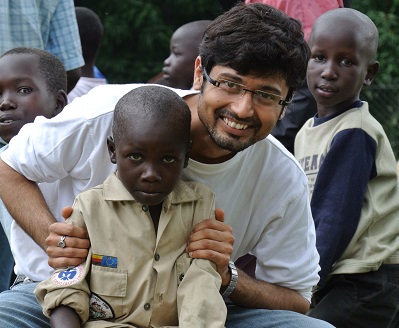 Working with street children and other high-risk groups after his MBBS made Ankur pursue a career in public health. “As a doctor, I was able to treat one person but as a public health specialist, I could treat a whole community,” he explains.

As an epidemiologist with MSF, Ankur works on outbreak response/control, surveys, surveillance and operational research. His work has taken him to outbreaks of infectious diseases in Uganda, Malawi, Nigeria and Zambia. But the cholera outbreak in Yemen “was different from the other outbreaks in its sheer magnitude.”

Ankur spent six weeks in the capital Sana’a, where MSF set up a 50-bed CTC to manage the influx of patients. Here he saw how cholera, coupled with the ongoing war, “had brought Yemen’s already fragile health system to its knees.”

Ankur’s job was to study the outbreak and identify risk factors of cholera transmission. “Despite the scale-up of chlorination of most water sources, the outbreak could not be brought under control and there was a need to try to further understand and identify the possible variables governing the transmission of Cholera,” he remembers. Ankur worked on a study to help identify risk factors of cholera transmission. Findings from this study will be used to strengthen existing treatment prevention and control measures in Yemen and similar complex emergencies.

Whenever he is not in the middle of an emergency, Ankur likes going for long walks and reads books. But it was difficult for him to get back to a normal routine following his assignment in Yemen. “I live in Gurgaon near the airport and earlier I watched young kids enjoy the planes flying over. In Sana’a we would rush to the basement whenever we heard bombs going off. After Yemen, I can only think how difficult life is for some people and what we could do to alleviate their sufferings.”