On 27 March 2019, the government in Mozambique declared cases of cholera had been seen in the city of Beira, one of the hardest hit during Cyclone Idai two weeks previously.

Our teams are scaling up our activities to respond to the disease, seeing more than 100 suspected cases of cholera per day.

“Given the sheer amount of water that passed through Beira during Cyclone Idai and the volume of damage caused, it’s not surprising that there are outbreaks of water-borne diseases like cholera in the city,” said Gert Verdonck, MSF Emergency Coordinator in Beira. “MSF is already supporting the Ministry of Health to care for patients suspected of suffering from cholera in three health centres of Beira and has so far been treating more than 100 patients a day.”

“In the coming days we will work alongside the Ministry of Health to scale up as much as possible and provide support to more cholera treatment units, as well as work to rehabilitate a larger cholera treatment centre,” says Verdonck. 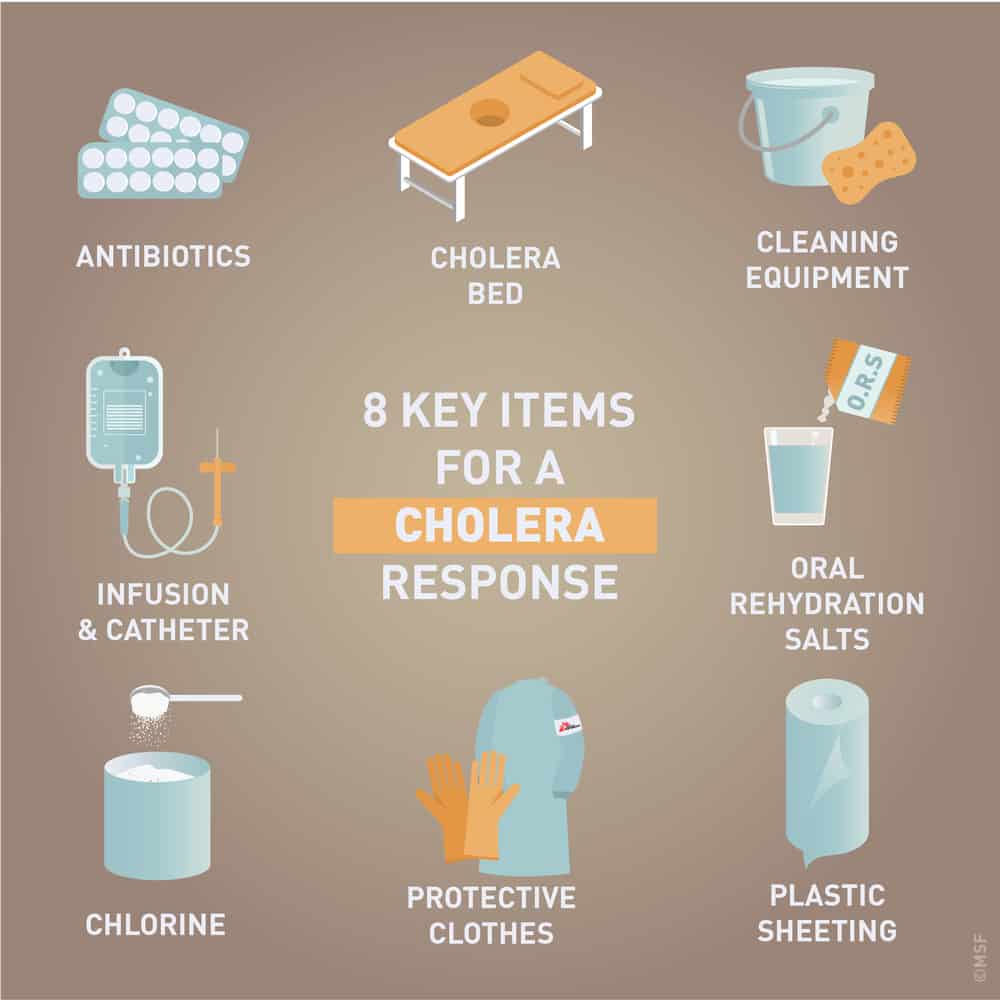 Cargo planes with more than 10 tons of equipment from MSF warehouses in Dubai and Belgium have arrived over the last five days, which includes the materials needed to respond to a cholera outbreak.

“We have cargo planes arriving daily with the supplies we need and are also flying in experienced medical and logistical staff members from our projects in Mozambique and around the world,” said Verdonck. “We are also in discussion with the health ministry about supporting a large cholera vaccination campaign in the area.”