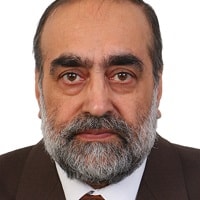 Chanjiv Mehta is a plastic surgeon serving in a senior administrative position with the Punjab Health Department. He has worked with MSF on seven missions in the field, and currently serves on the board of MSF SARA and on the Governing Council of the Association of Surgeons of India. Through his NGO, give2heal, he organises free plastic surgery camps for people in need all over India. He is a recipient of the Punjab Sarkar Parman Patra. 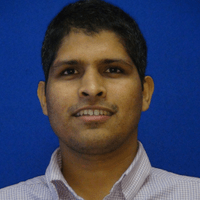 Hemant D Shewade is a medical doctor specialising in community medicine. He is a senior operational research fellow, based in the South-East Asia office of The Union, New Delhi. He works towards building capacity for operational research in low and middle-income countries, and leads the Asia regional SORT IT course in Colombo. His current research interests include active case finding for TB, delays and attrition in MDR-TB diagnosis and treatment pathways, and links between TB and diabetes and tobacco. 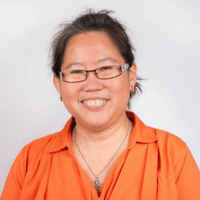 Jade Peña completed her medical studies at the University of the City of Manila, Philippines, and she worked afterwards with a local nongovernmental organisation. She has extensive experience working with Médecins Sans Frontières in different countries. She has a Masters in Public Health from the University of Maastricht, Belgium, and since 2012 has been working with MSF France, as one of the medical programme advisors. 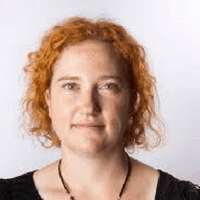 Kate White is a Medical Emergency Manager for MSF. She previously completed a Masters in International Public Health at the University of Sydney, Australia. Her work focuses on complex humanitarian emergency responses, with experience in public health emergencies, communicable disease outbreaks and conflict settings. Her work as a Medical Emergency Manager with MSF has seen her manage responses in northeast Syria, Uganda, Somali Region, Ethiopia. Kate is currently responsible for the emergency response to the Rohingya crisis in Bangladesh. 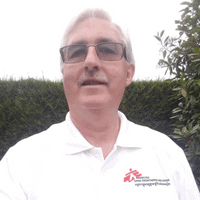 Martin De Smet graduated as a medical doctor from Ghent State University and the Antwerp Institute of Tropical Medicine, Belgium. He joined MSF in 1991 and has since worked in many countries and in different functions, as well in the field and at headquarters. Since 2008, Martin has been the leader of MSF’s Malaria Working Group. He also coordinates MSF’s malaria research project in Cambodia, in the context of multidrug resistance. 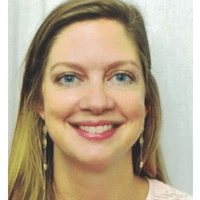 Melissa Ivey received her Masters in Public Health with a concentration in Epidemiology from Saint Louis University, Missouri, USA in 2009. She worked as the vector-borne and zoonotic disease epidemiologist with the State of Georgia, USA, from 2009-2014 before beginning her international career in Fiji. Melissa has worked as a field epidemiologist with MSF since 2017 and has experience in the South Pacific Islands, East Africa, and South-East and South Asia. 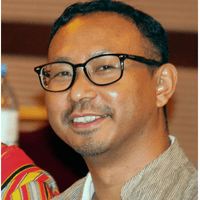 Mitchell Sangma is a medical doctor with a postgraduate degree in International Public Health from the University of Queensland, Australia. He has worked with MSF since 2011. As a public health specialist, he has been involved in multifaceted health programmes in complex humanitarian situations in Syria, Turkey, Jordan, South Sudan and Ethiopia. Most recently, as MSF’s medical coordinator in Bangladesh, Mitchell provided direct support to field operations in the Rohingya emergency response, as well as strategy implementation for the MSF urban slum project. 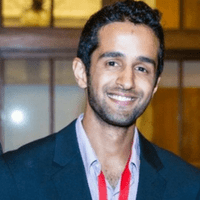 Mohit Nair is the Qualitative Research Manager for MSF OCBA in India. His current projects include assessing the drivers behind antibiotic use in West Bengal and evaluating the quality of life of HIV-Kala Azar patients in Bihar. Prior to joining MSF, Mohit worked as a research consultant with Save the Children in Laos to understand the gaps in the primary health system and develop a district-wide action plan for children with disabilities. He holds a Masters in Public Health from the Harvard T.H. Chan School of Public Health and a Bachelor of Science from Cornell University 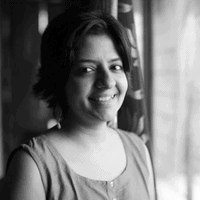 Nandita Venkatesan is a journalist, TEDx speaker, classical dancer, two-time intestinal tuberculosis survivor and patient-rights advocate. She lost over 90 per cent of her hearing at 24, due to a rare after-effect of a TB injection. Her eight-year battle with TB began in 2007, and she suffered a life-threatening reinfection in 2013. Determined to fight back, Nandita gave dance performances without hearing, and recently returned to work with the Economic Times. She has been awarded the prestigious ICICI Advantage Women Award (out of 19,000 entries, presented the 3rd place), the Rotary India’s Vocational Excellence Award and the REACH Media Award. 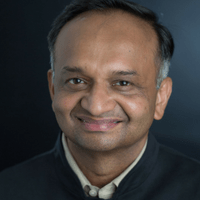 Nobhojit Roy trained as a trauma surgeon in Mumbai, India, and the U.K., and holds an MPH from Johns Hopkins University. Since 2004, Dr Roy has been the Chief of Surgery at the BARC Hospital, a secondary and tertiary health care provider to 100,000 people living modestly in Mumbai. He has worked on the Lancet Commission on Global Surgery and is now working on a commission on NCDs and injuries in the poorest billion. He is the National Advisor for Public Health Planning and Evidence at the National Health Systems Resource Centre (NHSRC) of the Ministry of Health & Family Welfare (MoHFW). Dr Roy’s areas of research are preventable trauma deaths, bombing and terrorism-related injuries, trauma scoring systems, health-worker safety in the humanitarian setting and prehospital care. 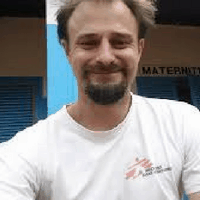 Pete Masters is in his third MSF incarnation as Medical Innovation Advisor in the Manson Unit at MSF UK (having previously been Digital Content Manager and Missing Maps Project Coordinator). He is looking for interesting conversations around innovation process, field challenges and how we might solve them, team dynamics, open culture, maps and carpentry. 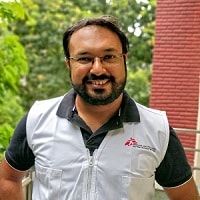 Prince Mathew works as the Regional Head of Mission for the Spanish section of Médecins Sans Frontières/Doctors without Borders in Asia, covering India, Thailand, China, Vietnam, and Bangladesh. He is a medical doctor by training and has spent the last 6.5 years in different positions within MSF and currently takes the lead for emergency responses and the design, set up and access negotiations for projects in Asia. 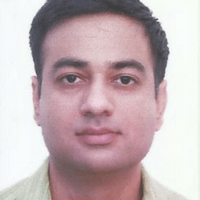 Raman Mahajan is a public health professional, working as an epidemiologist with MSF, based in Delhi since 2010. Alongside this, he is pursuing a PhD in public health at the University of Maastricht, The Netherlands. He has over 6 years of experience in managing community-based surveys, clinical trials, operational research and epidemiological studies. His current research work involves clinical trials on visceral leishmaniasis, childhood malnutrition, and several other operational research studies led by MSF. His research interests include research on infectious diseases and public health nutrition. Raman has also published his research work in several medical journals.

Dr Rohit Sarin is Director of the National Institute of TB and Respiratory Diseases, an autonomous institute functioning under the aegis of the Ministry of Health and Family Welfare. Until March 2016 he was Chair of the WHO’s regional Green Light Committee for MDR-TB in the South-East Asia region (rGLC SEARO) and remains a member of the organization. Dr. Sarin is one of the leading technical experts on TB in India today and has significantly contributed to effective TB prevention and control in the country. 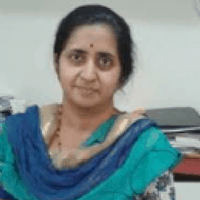 Shrikala Acharya is a public health expert, with an academic career of more than 20 years, based in the Department of Community Medicine, King Edward Memorial Hospital and Seth Gordhandas Sunderdas Medical College, Mumbai. She has also worked as a WHO consultant for Revised National TB Control Program in the states of Maharashtra, Karnataka and Goa, facilitating implementation of TB program activities. Currently, she is Additional Project Director for Mumbai Districts AIDS Control Society, and is responsible for planning, implementation and monitoring of HIV/AIDS activities involving public, private and community stakeholders. 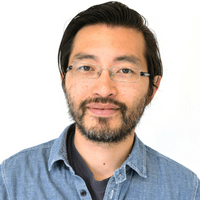 Sid Wong is the Medical Director of Médecins Sans Frontières (MSF) – Artsen zonder Grenzen in Amsterdam, one of MSF’s five Operational Centres. Sid is a doctor specializing in public health, graduated from Nottingham University and holds a Master’s in Public Health from Cambridge University. He started working for MSF in 2005, working as a field doctor and then medical coordination positions in MSF field programmes. In 2009, he was elected to the MSF UK Board of Trustees where he served as the Chair for two years 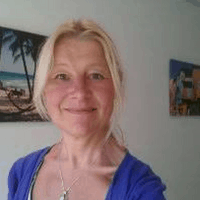 Suzette Kämink is originally from the Netherlands; she had studied Cultural Anthropology, but then retrained as an oncology nurse and infectious diseases and public health nurse. After a few years with MSF, she decided to change career path to medical research and epidemiology and gained her Master’s in Health Sciences, specialising in tropical infectious diseases and public health. From there, Suzette was able to develop a specific interest in leishmaniasis, which she furthered during work in South Sudan. From there, she worked with Koert Ritmeijer on the current study in cutaneous leishmaniasis. 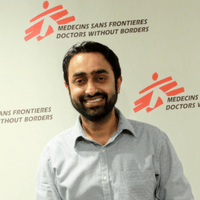 Yogesh Jha is based at Toronto and works with Programs Department of MSF Canada for Telemedicine project and is actively involved with research, design and implementation of telemedicine services in global MSF projects in countries like Niger, Somalia, Kenya, Iraq, Syria, Pakistan, and India. He is an expert of radiologic technology, global health and is passionate to work at intersection of technology and medicine in the context of global health. Jha joined MSF in 2014 with his first intersectional mission in Afghanistan, previously he has worked with different national and international organizations in healthcare, academics in Nepal and Australia.