Nigeria: “When I think about going home, I remind myself that a live dog is better than a dead lion”

Nigeria’s ‘middle belt’ states, Adamawa, Benue, Kaduna, Plateau, Nasarawa and Taraba, host the largest numbers of internally displaced people (IDPs) in the country, outside of the northeast region. Most people have been uprooted by the so-called ‘farmer-herdsmen’ conflict. At least 160,000 displaced people are scattered across Benue state, according to 2019 estimates. [1]

Here, displaced communities, mostly farmers, are living in either one of eight official camps, or in informal camps or settlements – such as markets or schools – or are residing with families in the host community (i.e. with people who were already settled in the area). The official estimates do not yet include many thousands more people who have been displaced in 2020. In addition, there are more than 58,400 Cameroonian refugees living in Nigeria [2] – mostly in middle belt states; more than 8,000 of these people are in Benue.

Although multi-layered and complex, the farmer-herdsmen conflict is in large part driven by competition for resources, in particular food and water. Migratory herders are being pushed ever further south in search of land for their cattle to graze upon. Some of the underlying causes include environmental degradation and the impacts of climate change, such as desertification, reducing available fertile land.

In addition, ongoing violence and insecurity in traditional grazing areas in the north is forcing many herders to flee. The land that herders settle on, however, is claimed by farmers. In 2018, a sudden violent escalation of previously seasonal clashes between herdsmen and farmers, forced an estimated 300,000 people from their homes [3] and killed 1,300.

MSF has been working in Benue since 2018, predominantly with displaced farming communities. There is much more to be done to understand what is happening in other middle belt states. In particular, to understand more about often overlooked herding communities and the impact that the violence – including from cattle guards and vigilante groups – has on their lives.

In Benue, we provide a range of primary healthcare services, including treatment for malaria and sexual and gender-based violence; health promotion, including for COVID-19; and shelter, and water and sanitation services, such as building and maintaining latrines and boreholes, and distributing soap. Across our project areas in Mbawa and Abagana (two of the official IDP camps), and in the Old Market informal setting, we have seen the number of displaced people nearly double in 2020, from 6,619 in January to 11,735 by July.

The crisis has not gone anywhere, but global attention and the humanitarian response has. A small fund set up by the UN in 2018 ($4 million for Benue and Nasarawa states) ran out long ago. Most agencies had already left by 2019.

COVID-19 has further impacted the few that have remained, as many suspended activities because of travel and staffing constraints, or diverted limited resources to preparing for the pandemic. Some organisations have since returned, bringing an increase in food distributions and improvements in water and sanitation. This is a positive development, but it is not enough. The needs continue to outweigh the response. Reports from June 2020 that the Nigerian Ministry of Health budget may be slashed by 43 per cent is another cause for serious concern.

Exposure to the elements, and to malaria

In Benue, most displaced people arrive with few or no possessions, and little waiting for them.

“After they killed my husband, I took my five children and came here… I arrived just as you see me now, with no possessions,” says Philomena Agbobo, who is now living in Naka IDP camp. “The herdsmen burned my home and everything I had. I have no mat to sleep on, nor soap to wash with. Getting clean water is also a big challenge. I only have one mosquito net and I use it to protect my youngest child.”

“We sleep outside on the porch [of an old school building] here and we don’t even have mosquito nets… The women sleep indoors so that they have their own space,” says Orchi Godwin, another Naka camp resident. “There are more people arriving here and some of them have nowhere to sleep at all…”

“We sleep outside on the porch here and we don’t even have mosquito nets… The women sleep indoors so that they have their own space. There are more people arriving here and some of them have nowhere to sleep at all…” 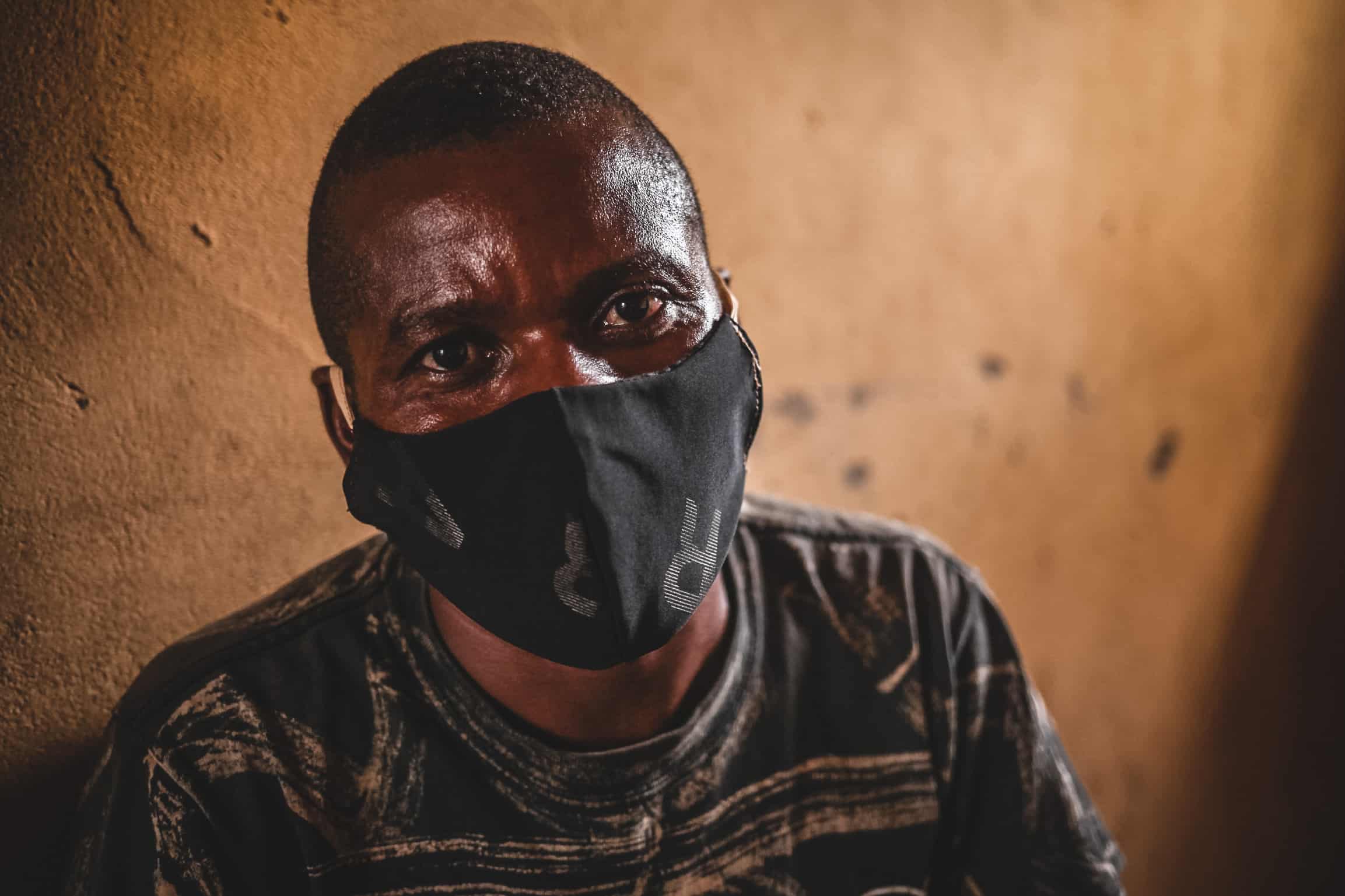 In the Mbawa IDP camp, our teams have seen two or three families sharing a single shelter. In Old Market, multiple families huddle together under trees or disused market stalls as they desperately attempt to shelter.

Overcrowding, poor waste management and problems with drainage mean many sources of water are dirty and unsafe. Diseases thrive in these conditions. Malaria is a particular concern, as mosquitoes breed in pools of stagnant water.

Our teams have seen an exponential rise in patients with malaria in recent months, from 119 in May to 666 in June and 1,269 in July, the majority children under five years old. Their exposure to the elements also increases the risk of skin diseases and respiratory infections.

No chance to plant or harvest

Many once successful farms have been destroyed. Even where land is still usable, many people report being too scared to return to plant or harvest.

“I’ve been here a long time,” continues Orchi. “We used to come and go – returning home to farm and then coming back here for safety – we’ve been doing that since 2015. But as of last year, it became much more dangerous to go home anymore.” 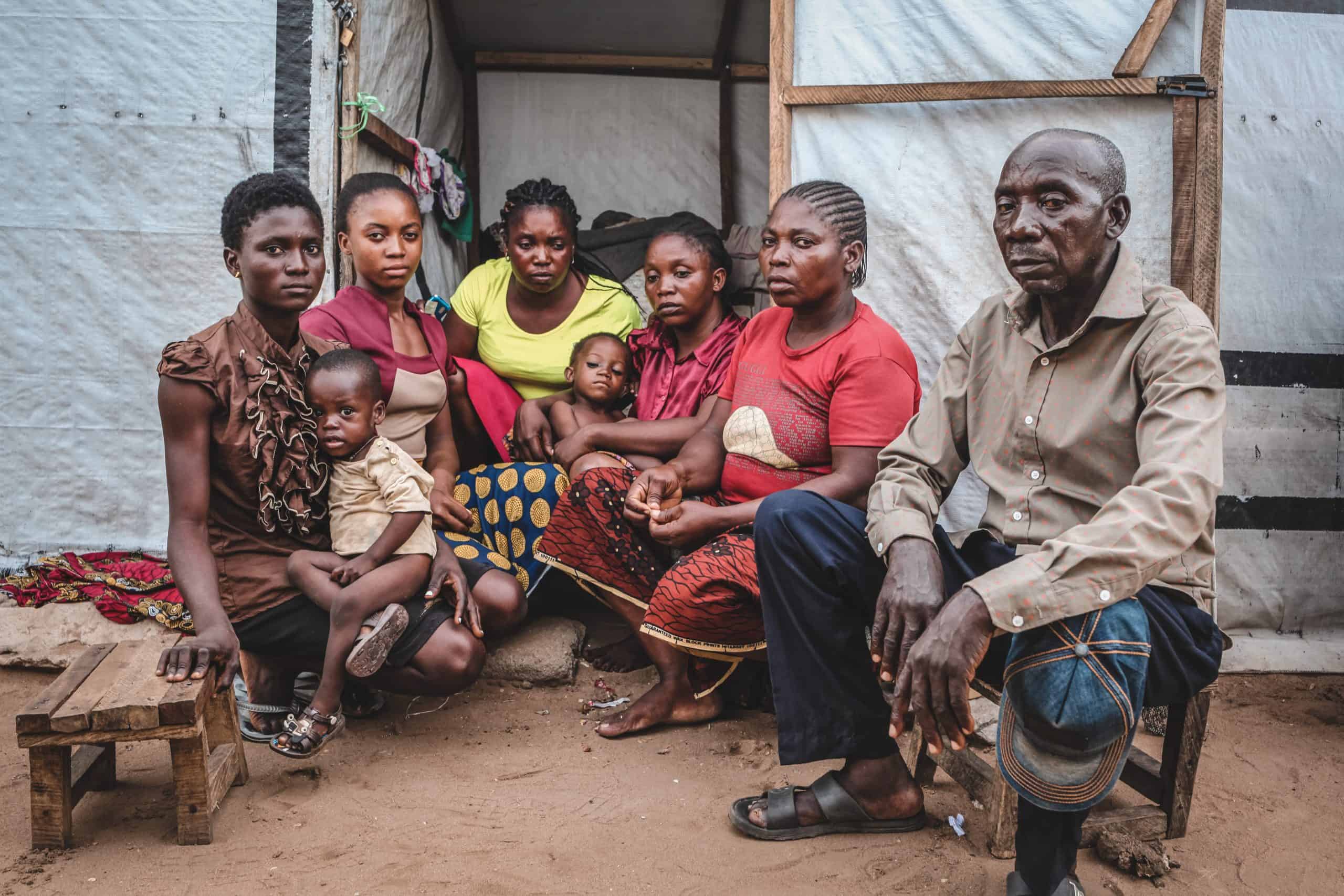 Today, many of those who used to produce crops in an area known as the ‘food basket’ of Nigeria can no longer afford to buy food for themselves. As food supplies diminish, prices increase.

Since 2019, food distributions have been less regular and reduced further with COVID-19. There have been improvements recently, but distributions still tend to cater only to official camps.

“We have two major challenges here, food and shelter,” says John Alenda, living in Old Market. “Before the pandemic, there were more food distributions. There are 5,000 people living here. As this isn’t an official displacement camp, it’s harder to get supplies.”

“There isn’t any food here,” says Orchi. “When she was well, my mother would go to the market and scoop up the grains that fell to the ground, then she would use a sieve to separate the grains from the earth.”

Return is nowhere in sight

Despite the challenges, none of the people we speak to think they can go home, at least not in the short-term.

“When I think about going home, I remind myself that a live dog is better than a dead lion,” says Ugber Emmanuel in Mbawa camp. “There have been others who tried to return to their villages and were killed. We have no hope for now, but perhaps one day.”

Many people talk about the challenges in adapting to their new lives.

“You no longer have the comforts of home. You don’t just share with family, you share with everyone and nothing is ours” says Oussange, an elderly woman in Mbawa camp.

"Even if we went home without violence, we would have to start all over again. There is no food or shelter waiting for us at home. I hope that people will hear my voice and understand that we need help."
- PHILOMENA AGBOBO
DISPLACED WOMAN IN NAKA IDP CAMP

Often people tell us about their fears for the future.

“Even if we went home without violence, we would have to start all over again,” concludes Philomena. “There is no food or shelter waiting for us at home. I hope that people will hear my voice and understand that we need help.”

This humanitarian crisis can no longer be ignored. As MSF, we intend to do more, to reach impacted communities on all sides of this crisis; to reach beyond Benue, further into the middle belt.

We cannot do it alone. At a minimum, basic water, sanitation, shelter, healthcare and protection measures must be introduced. Achieving this requires engagement and commitment, both financial and physical, from Nigeria’s state and federal governments, humanitarian agencies and the UN.

Nigeria: “When I think about going home, I remind myself that a...