Responding to COVID-19 pandemic in Bihar

As the number of confirmed COVID-19 cases continues to rise in India, Médecins Sans Frontières (MSF) has opened a 100-bed temporary treatment centre for patients with the new coronavirus in Patna, the capital of Bihar state, in the northeast of the country.

The MSF COVID-19 treatment centre is housed in the remodelled Patliputra Sports Complex in Patna Indoor Stadium. Fully managed by MSF, it will initially provide medical care to patients with mild or moderate symptoms, to support the isolation of confirmed COVID-19 cases and reduce community spread.

MSF is collaborating with the Bihar government and health authority, which will refer patients to the facility. This will decongest dedicated government-run COVID-19 treatment hospitals and allow them to focus on people with severe or critical cases of the disease. 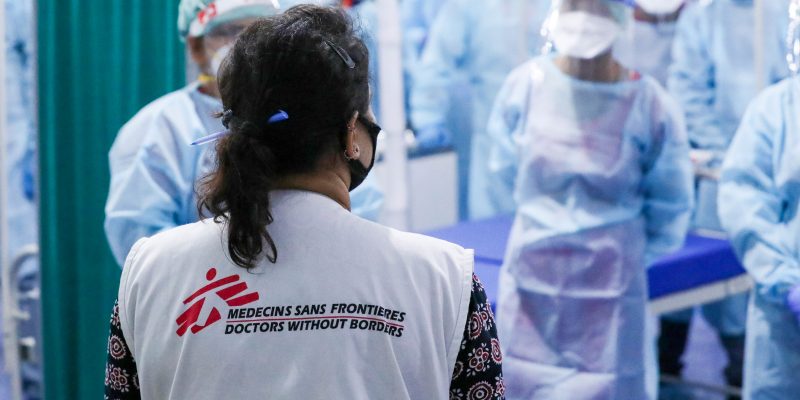 The number of confirmed recorded cases of COVID-19 in India has reached over 380,000 as of 19 June. Restrictions on the movement of people, in place since early March, have loosened over the last few weeks in many areas, but cases are expected to continue to rise.

Some areas of the country are seen as hotspots or particularly vulnerable to outbreaks, such as Bihar state, which has seen millions of people returning to the state from work in other parts of India.

Bihar: “Corona, corona, give our ball back!”

Bihar: To the one fighting against all odds