The reality of pneumonia

The reality of pneumonia can be a very scary and dangerous. Each year, it takes the lives of nearly one million kids. There’s a vaccine to prevent it, but it’s too expensive for many countries to afford. That’s why we need Pfizer and GSK to drop the price to $5/child for all developing countries and humanitarian organisations.

“One of the patients who touched me the most is an 18 months old boy who was suffering from pneumonia and severe malnutrition.  He was very weak when he was admitted, but improved significantly during his 10 days stay with us. You know, it’s not good for small children to stay that long in a hospital. But this little boy recovered remarkably, and towards the end of his stay, he was so much better, always giving me a big smile when I would come, grabbing my hand, wanting to engage. But yesterday he came back for his follow up appointment, and he worried me. He’s lost 5 grams in a week – that’s not good for a such a young child. I could see right away that he was not well: he didn’t recognise me anymore, he was sad, he was like another person. I wanted to hospitalise him again to keep an eye on him, but we couldn’t. They live in town, so at least they don’t have to travel far to come to us. They didn’t come back today, so he must be doing OK. I hope so.” 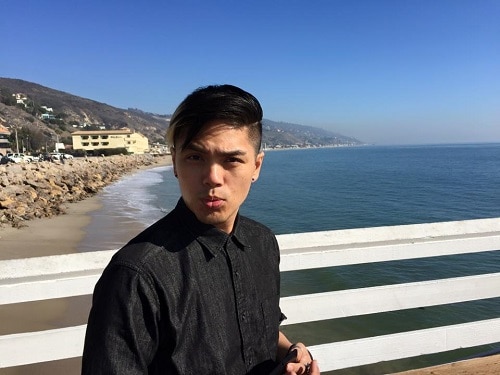 JonJon, 33 years old from the US

I will never forget the MONTH I had pneumonia. It started on a cold Tuesday night in early December 2010. At the time I thought I was coming down with a cold, and by Thursday I was fully convinced I caught a bad flu. Little did I know by that Saturday morning I would be admitted into my local hospital’s ER and diagnosed with streptococcus pneumonia.

I had a high fever, my vision was blurred, and time seemed to slow down with every breath I took as I struggled to fill my lungs with air. I literally felt like I was drowning, and I felt helpless. As the doctor put me under to calm me down, I remember still gasping for air to let my mum know that I loved her and my family. I truly believed I was going to die.

I woke up days later from a medically induced coma, intubated to a machine that was breathing for me. I found out that my lungs had filled up so much with an infection that only 1/3 of my right lung was capable of taking oxygen. For the next two weeks, it was a battle between pneumonia and me.

I was taken off the machine and released home just before New Year’s Eve. Since I was bedridden,and deprived of solid food and water for a few weeks, I was left frail, and I could barely walk or stand on my own. My lung capacity was next to none and after I spoke a sentence I was out of breath as though I had been jogging for miles. Slowly but surely I made a full recovery.

I was thankful and blessed I made it through that experience, and I always say I would never wish pneumonia on anyone. 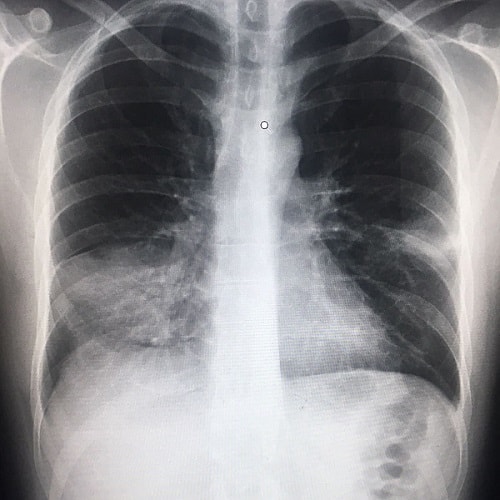 Garry 35 years old from the UK

On those two night flights home – Bangladesh to Turkey, and onwards to London – something wasn’t quite right.

Turning the key into my door later that day, I realised why. I moaned to my wife about how offices in warm countries always choose the parched iciness of full-blast air-conditioning: I always catch a cold there, and today I’d brought one home. It’s a special, nasty kind of cold too. It never starts with a gentle runny nose, but with a presence somewhere deep inside your chest.

I did what I usually do. I ignored it. This one felt like a slow-burner, though. For want of a better description, my lungs felt itchy, as if the virus wasn’t sure it wanted to grow and come out. I wasn’t coughing, though. I was barely sick.

Some six days later, I sat down at my desk to write an email.

I’ll never forget the next second because there was no other feeling like it. It was like getting smacked in the temple with an ice pack, the ice then seeping into my skin and coursing through my blood. I shivered uncontrollably. I could barely steady myself up the stairs. “I’ll work in bed,” I thought, but could barely focus my eyes on the screen. So I closed them, and an hour of delirium ensued: something to do with Bangladesh, mixed with the thriller series I’d watched the night before. When I came to, my body craved ice water. The thought of going back down the stairs; moving my trash can so I could get to my freezer; opening the freezer; then the drawer; then cracking open the ice tray; was almost unbearable. After several minutes, including a break halfway down the stairs, I got there.

Two days later, I messaged a doctor friend to say: ‘Three days with fever, no need to see my doctor yet right?’, and he said, ‘Nope. Wait a bit longer.’

The next day was similar – until the excruciating, sharp stabbing sensation in my right side. Every cough turned into a gasp of pain.

I called an Uber, cancelled everything else, and made my way to the hospital. The driver dropped me off and wished me a nice day.

The next bit unfolded like a dream. I was given some drips. The wheelchair man pushed me along to the X-ray department. “You have pneumonia, a nasty one,” a doctor said. A few hours and four infusions later, I was given a box of antibiotics and sent on my way. The choreography was truly impressive. I’m glad I was taking the drugs before the next episode: when I started coughing blood. At least I was taking something, and over a few days felt much better.

I joked with my doctor friend, the one I messaged, that he’d been careless telling me not to see my doctor. His reaction was along the lines of, ‘Well you’re still alive, aren’t you?’ But, as an afterthought, he asked to look at my x-ray himself, in case he could recommend a follow-up check. A few days later with no news, I gave him a call.