Even as Yemen was reeling from the effects of a relentless war, a cholera epidemic broke out in April 2017. In the ensuing months, the epidemic would engulf almost the entire country, pushing an already vulnerable population to the very brink.

It was this Yemen Dr Shiny Kaki went to in May. The Vijaywada-based doctor has worked in emergencies before, but none of this scale: it has affected over 620,000 people and caused more than 2,000 deaths, making it Yemen’s worst-ever cholera epidemic. 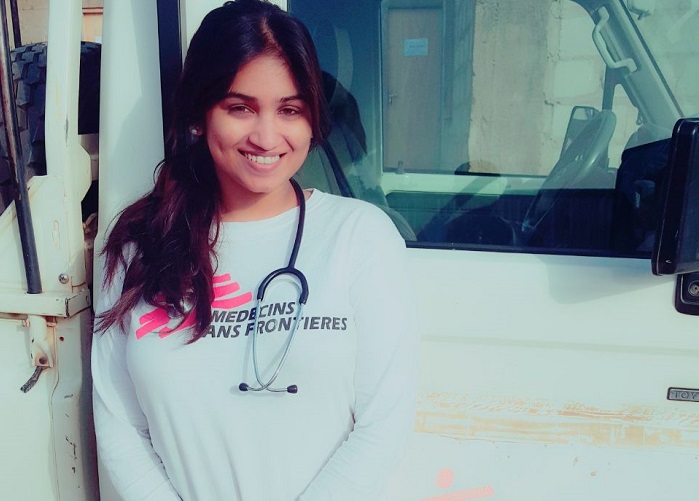 The international medical humanitarian organisation Doctors Without Borders / Médecins Sans Frontières (MSF) has treated almost 15 percent of all cholera patients in the country. One such patient was a six-month-old boy Shiny treated, who was brought to the ward with cholera and severe acute malnutrition. “He had lost so much mass that he looked no older than two weeks. I feared many times that I’d wake up in the morning, go for rounds and not see the child in his bed,” she recalls. “But he made it. And then he gained weight dramatically. There was a huge celebration in the ward when we discharged him.”

Cholera is an extremely communicable disease, and causes epidemics and pandemics in many parts of the world. “If you don’t have clean food and water, if the disease exists in your country, it’s very easy to get sick with cholera. If there are no community health workers educating the public about hygiene, handwashing and cleaning practices, it is very easy to get infected since most people don’t know the disease and the basic practices to avoid it,” says Shiny, who spent two months in Ibb, a densely populated region in southwest Yemen, as part of an MSF emergency team.

The ongoing war has created many of the conditions for the rapid spread of the disease. It has led to the collapse of the health system; more than half of the country’s health facilities are no longer functional due to damages or lack of staff and supplies (UN). Routine public services such as garbage collection have also been affected, exacerbating the outbreak.

In Ibb, when the cholera outbreak started, MSF teams set up two cholera treatment centres – in the campus of a hospital and at a school. “We were seeing a very high case rate in Ibb. There were days when we admitted up to 100 patients in our ward,” Shiny reflects. “Many times, the patients would come from the same village or the same family. So the caretakers of patients were often infected as well.”

Treatment of patients, as well as outreach activities, are key to slowing down the spread of the outbreak. MSF has used cholera treatment centres (CTCs) in outbreaks around the world, and they are a part of our toolkit in Yemen as well. They allow medical teams to stabilise and treat patients efficiently.

A CTC consists of three rooms, and everyone entering is sprayed with chlorine solution to avoid contamination. The first is a triage room where the severity of cholera is assessed. According to the status of the patient, the triage nurse decides if the patient needs admission or can be sent home with guidance and medicines. 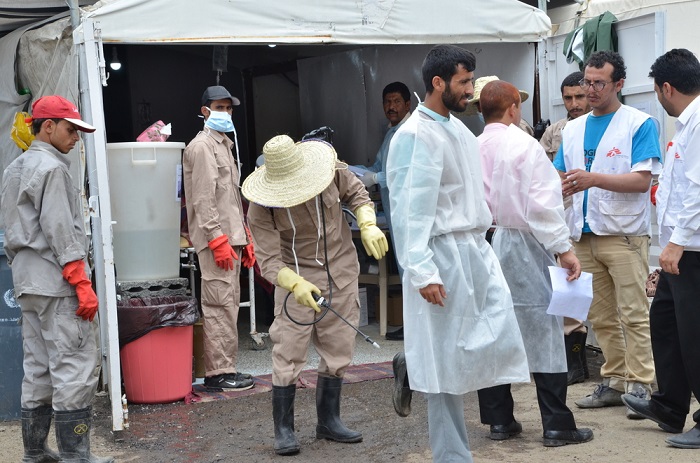 Then there is a hospitalisation room where patients are treated. Cholera causes profuse diarrhoea and vomiting, and the intense dehydration can lead to death as well. Treatment for cholera, therefore, consists primarily of rehydration – oral, and intravenous for the most critical patients. After patients have been treated, they go to a recovery room where they are monitored.

“They are discharged only after we have monitored their condition for four hours. Even if the patient hasn’t had any episodes of vomiting or diarrhoea, we still need to make sure there’s absolutely no fluid loss before they are discharged,” Shiny explains.

At the CTCs in Ibb governorate, she saw an equal burden of basic and complicated cholera cases. It takes four days instead of the usual two to stabilise complicated cases – old or pregnant patients for instance, or patients suffering from heart disease and hypertension.

Shiny had heard about the kindness of Yemeni people, but she never realised she would encounter it in a hospital, in the middle of an outbreak, from her patients no less. She’ll also remember the resilience of her Yemeni colleagues, which shone through the darkness of war and disease. Many of them had been displaced by the war from other parts of the country, but went about their work with determination. “They had gone through traumatic experiences, but you would never suspect it by talking to them or working alongside them every day,” Shiny recollects. “Their motivation was infectious.”

The outbreak has slowed now, but doctors like Shiny are carrying on the fight against cholera. A coordinated response that includes water and sanitation activities and health education are necessary to bring it under control.