I will survive MDR-TB now 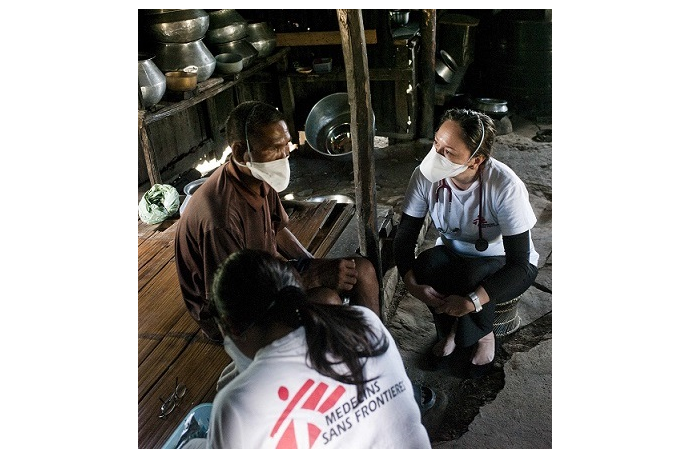 Multidrug-resistant tuberculosis (MDR-TB) can take upto 14,600 pills and many painful injections to be cured. From diagnosis to the side effects, the two years of treatment takes an emotional and physical toll on patients which often goes unnoticed.  One such patient in Manipur speaks of his battle with the ravaging disease.

Seikholen’s face gradually becomes solemn as he recounts the months gone past. In a slow tone the 48-year-old begins to answer queries by the team of Doctors Without Borders/Médecins Sans Frontières (MSF) on his health.  The team – usually comprising a counsellor and medical doctor – regularly checks the progress of his MDR-TB treatment.

From a farmer to a slave to MDR-TB

The year when he took medicines for tuberculosis (TB) for the first time is now a distant haze in his memory, he says. What he does remember clearly is being told that he was cured. Yet later on he started feeling weak again, started coughing and saw rashes invading his skin. He could no longer cultivate his field and was soon confined to his home.

Desperate for help, he took a well-wisher’s advice on seeing a private practitioner. He was prescribed TB drugs again but his illness refused to wane. One day an MSF team came to his village. They told the villagers about TB and one of its sinister forms which is not cured even after many times of treatment.

“That ‘higher’ TB is me, I said to them!” Seikholen recalls.

Shortly after, he approached the MSF clinic in Churachandpur where he was diagnosed with MDR-TB and his treatment was started.

His days were soon coloured with anxiety about the future – he was prepared for the onslaught of the side effects, but his strength was tested more than he expected.

“The MSF team did tell me of the side effects before I started.  They told me to stay strong and in hard times I recollected what they said,” he says.

Seikholen couldn’t walk and gradually the responsibility to earn for the family fell on his wife. Joint pain and weakness were common visitors, and the thought of not being able to help his wife in taking care of the children and close relatives frustrated him:

“I used to tell her – what can we do? You have to go on and when I get better I will help you.”

In spite of seeing such tumultuous times, he continued his treatment.

“I’m feeling better and I believe that I’m going to survive,” says Seikholen now, in a moment of clarity.

His responsibilities as a father were a motivation for him. He saw MDR-TB as “a problem” which is “nothing to me. I really want to complete my treatment.”

Doubts over his future still cloud his mind though.

“I believe that I’m going to survive MDR-TB and be cured. But will I be able to regain my lost health? I get very tired easily. Sometimes I have blurred vision, I can’t see properly,” Seikholen adds.

He’s helped other patients like him to cope with the disease and its hard life.

“In an MSF support group meeting, I remember one patient saying that she can’t tolerate the difficult treatment anymore and that she wanted to stop. I told her that she got the treatment for free and she should continue,” says Seikholen.

“As long as you have breath, you have to take the medication. That’s helped me to go on.”