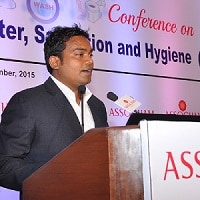 Pradeep Surin is a New-Delhi based reporter working with a leading Hindi newspaper Dainik Bhaskar. Pradeep has over 12 years experience in reporting, having widely reported on health, politics, issues related to social justice and rural development.

Since 2010, he has been contributing regularly for All India Radio, India’s public broadcaster by way of conducting debates and chat shows on health. He is also an expert guest for  Doordarshan, LoK Sabha TV and Rajya Sabha TV. Pradeep recently completed a Critical Appraisal Programme course on Public Health from Oxford University, UK. Pradeep Surin was awarded the MSF Media Fellowship (Vernacular) in 2016. His articles are below: 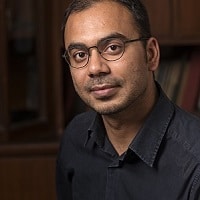 Ankur Paliwal is a freelance journalist. He mostly writes on science, global health, gender and the environment. In his seven years of journalism career, Paliwal spent four years reporting from rural and remote corners of India as a staff correspondent for Down To Earth magazine published from New Delhi. He has also worked for Nautilus, an award-winning science magazine in New York, and received The GroundTruth Project’s health reporting fellowship in 2015 and Woods Hole Ocean Science Journalism Fellowship in 2016. Paliwal won Next Generation of Science Journalists Award 2016 at World Health Summit in Berlin. He has an MA degree in science writing from Columbia University Graduate School of Journalism. Other than India, and the US, he has also reported from Germany and Ethiopia. He currently lives in New Delhi.  Ankur was awarded the MSF Media Fellowship (English) in 2016. His article below:

Stay tuned to our social channels for the next announcement for MSF Media Fellowship 2017 !